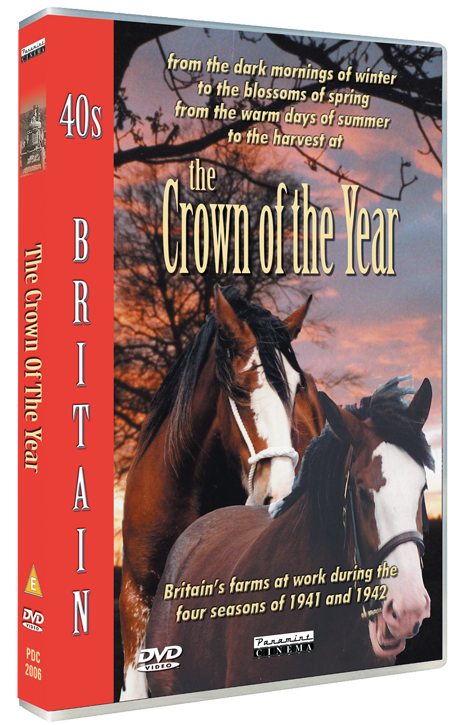 The Crown of the Year DVD 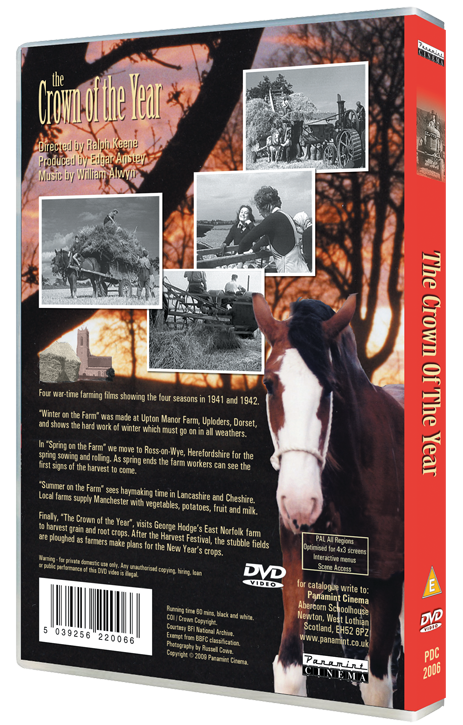 View a video of - The Crown of the Year DVD

DVD Region 0 PAL. Four war-time farming films showing the four seasons in 1941 and 1942. Winter on the Farm was made at Upton Manor Farm, Uploders, Dorset, and  shows the hard work of winter which must go on in all weathers. In Spring on the Farm we move to Ross-on-Wye, Herefordshire for the spring  sowing and rolling. As spring ends the farm workers can see the first signs of the harvest to come. Summer on the Farm sees haymaking time in  Lancashire and Cheshire. Local farms supply Manchester with vegetables, potatoes, fruit and milk. Finally, The Crown of the Year visits George Hodge's East Norfolk farm to harvest grain and root crops. After the Harvest Festival, the stubble fields are ploughed as farmers make plans  for the New Year s crops.

As featured on BBC Radio 4's On Your Farm.