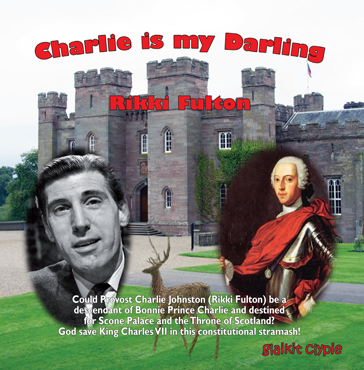 Charlie is my Darling CD 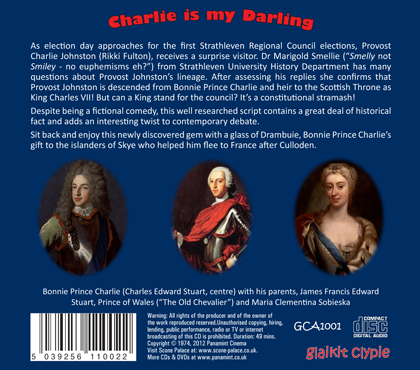 View a video of - Charlie is my Darling CD

As election day approaches for the first Strathleven Regional Council elections, Provost Charlie Johnston (Rikki Fulton), receives a surprise visitor. Dr Marigold Smellie ("Smelly not Smiley - no euphemisms eh?") from Strathleven University History Department has many questions about Provost Johnston's lineage. After assessing his replies she confirms that Provost Johnston is descended from Bonnie Prince Charlie as heir to the Scottish Throne and is King Charles VII! But can a King stand for the council? It's a constitutional stramash!

Despite being a fictional comedy, this well researched script contains a great deal of historical fact and adds an interesting twist to contemporary constitutional debate.

Sit back and enjoy this newly discovered gem with a glass of Drambuie, Bonnie Prince Charlie's gift to the islanders of Skye who helped him flee to France after Culloden.