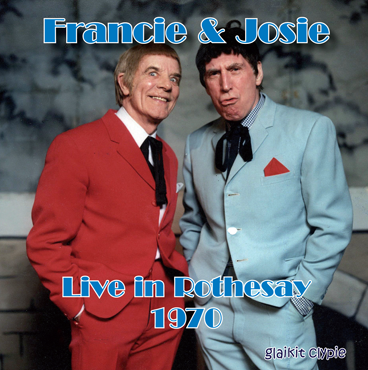 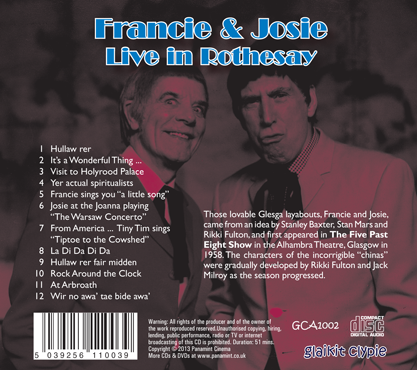 Compact disc (CD). Those lovable Glesga layabouts, Francie and Josie, came from an idea by Stanley Baxter, Stan Mars and Rikki Fulton, and first appeared in The Five Past Eight Show in the Alhambra Theatre, Glasgow in 1958. The characters of the incorrigible “chinas” were gradually developed by Rikki Fulton and Jack Milroy as the season progressed.