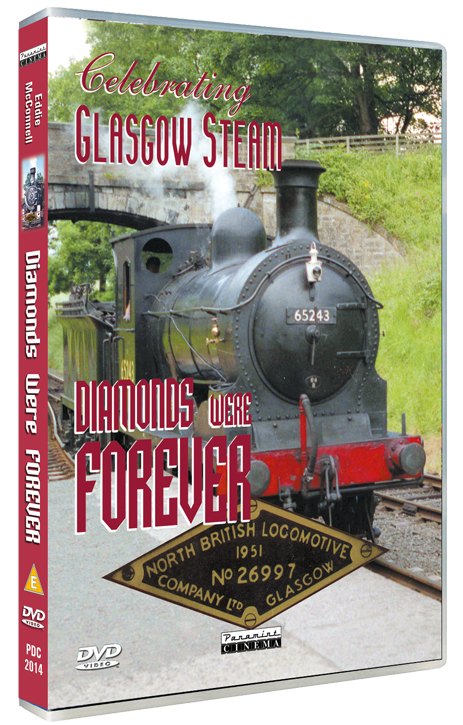 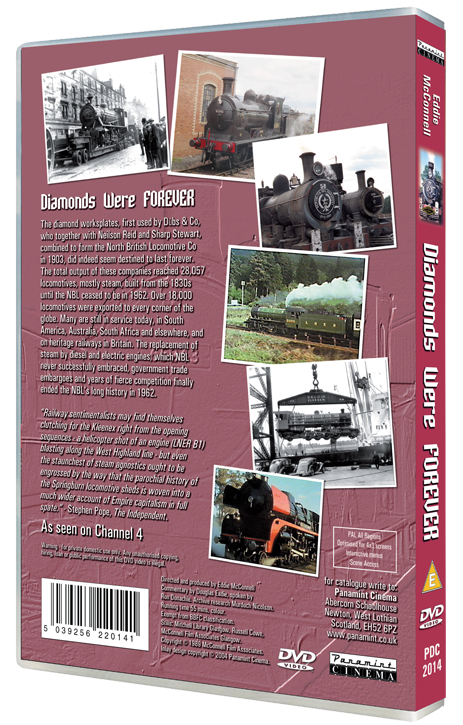 View a video of - Diamonds Were Forever DVD

The film details the story of Neilson Reid, Dubs & Co and Sharp Stewart which combined forces in 1903 to become the North British Locomotive Company.

Diamonds Were Forever also includes steam action of many surviving locomotives around the world and in Britain, including scenes of the legendary 1911-built wood burning engines of Paraguay, a steam rally in Melbourne, Australia, and steam-condensing giants on the South African veldt. Filmed by Eddie McConnell.