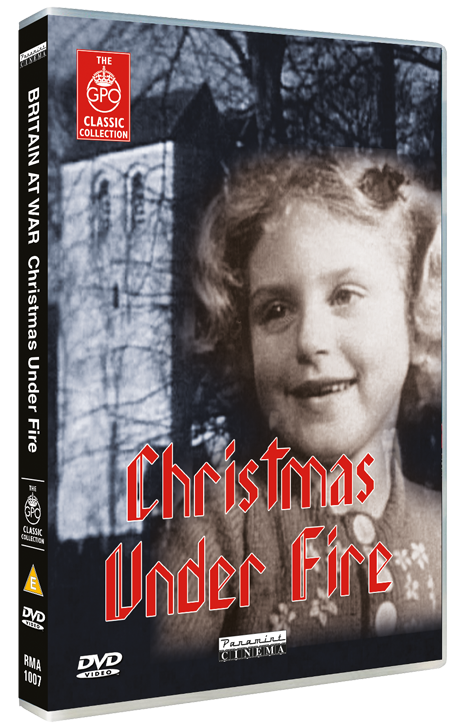 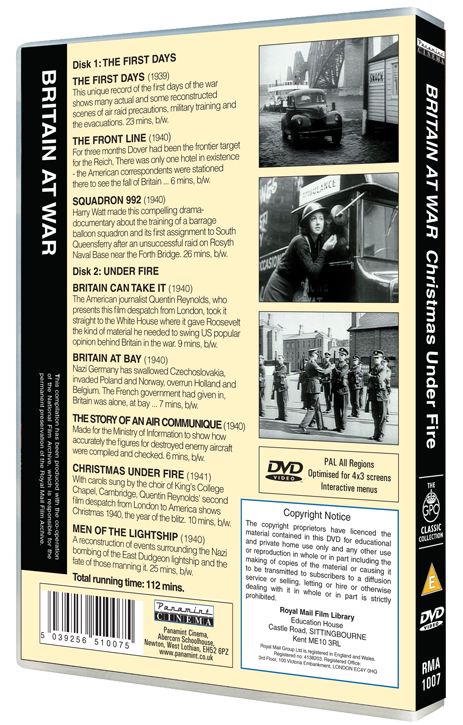 View a video of - Christmas Under Fire DVD

DVD Region 0 PAL. A 2-disc release of GPO Film Unit documentaries from the early days of The Second World War.

Disc 2: Under Fire
Britain Can Take It (1940) directed by Humphrey Jennings and Harry Watt. Presented by US journalist Quentin Reynolds. Used by President Roosevelt to help swing US opinion behind Britain.
Britain At Bay (1940) commentary by J.B. Priestley. Czechoslovakia, Poland, Norway, Holland and Belgium have fallen ...
Story of an Air Communique (1940) with men of the Royal Air Force. Processing the figures for destoyed enemy aircraft.
Christmas Under Fire (1941) directed by Harry Watt. A Quentin Reynolds despatch from London to America showing Christmas in the Blitz.
Men of the Lightship (1940) directed by David MacDonald. The Luftwaffe bombing of the East Dudgeon Lightship.