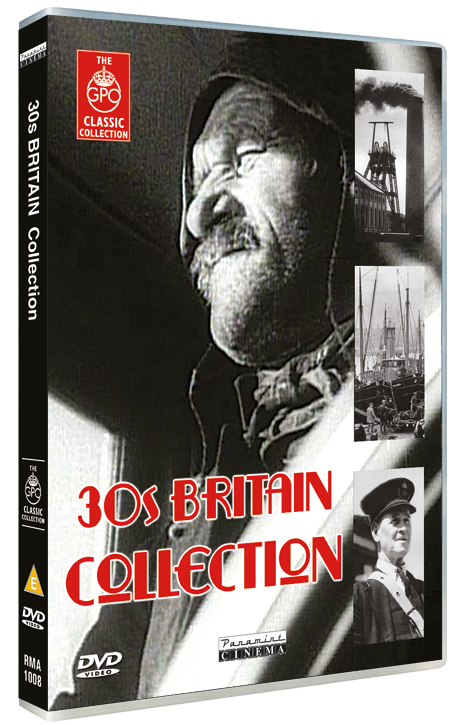 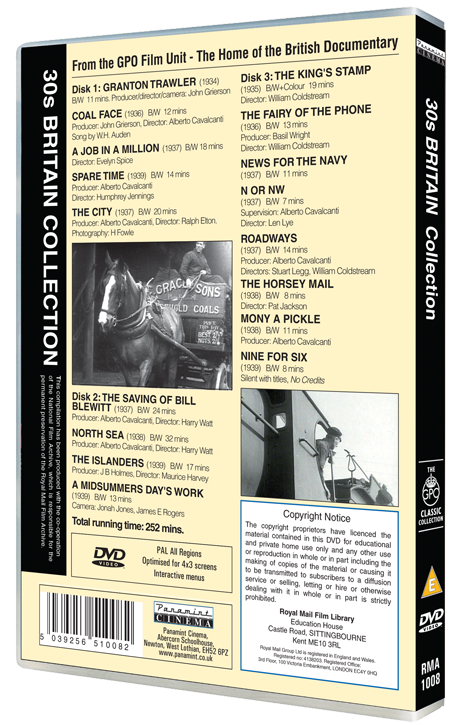 DVD Region 0 PAL. A 3-disk release of GPO Film Unit documentaries from the early days of  the Unit in the 1930s.

Disk 1: Granton Trawler (1934). Directed by John Grierson. About a trawler fishing on the Viking Bank. Coal Face  (1935). Directed by Alberto Cavalcanti. An experiment in sound in a coal  mine. A Job in a Million (1940). Directed by Evelyn Spice. A young cockney lad trains as a messenger boy with the Post Office. Spare Time  (1939). Directed by Humphrey Jennings. Workers in the steel, cotton and coal industries at leisure. The City (1939). Directed by Ralph Elton. The growth and development of London. The Post Office helped ease congestion on the roads with its own underground railway.

Disk 2: The Saving of  Bill Blewitt (1937). Directed by Harry Watt. How two fishermen save up to replace their wrecked boat. North Sea (1938). Directed by Harry Watt. An Aberdeen trawler in trouble gets assistance from Wick  coastguard radio station. The first successful example of the now familiar drama-documentary. The Islanders (1939). Directed by Maurice Harvey. Life on the islands of Eriskay, Guernsey and Inner Farne are linked to the mainland by the Post Office. A Midsummers Day's Work  (1939). About the laying of an 18-mile underground telephone cable in  the Chilterns from Amersham to Aylesbury.