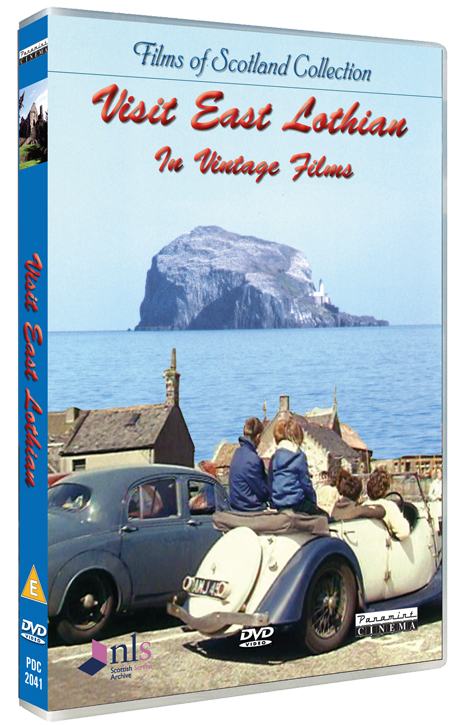 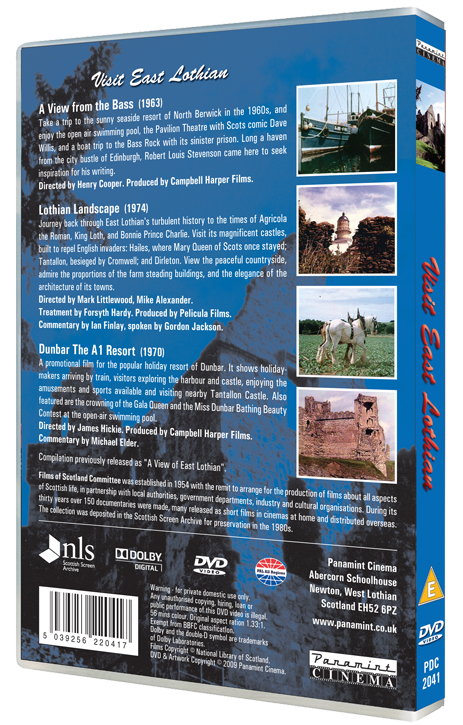 A View From the Bass (1963, Henry Cooper, Campbell Harper Films). Take a trip to the sunny seaside resort of North Berwick in the 1960s, and enjoy the open air swimming pool, the Pavilion Theatre with Scots comic Dave Willis, and a boat trip to the Bass Rock with its sinister prison. Long a haven from the city bustle of Edinburgh, Robert Louis Stevenson came here to seek inspiration for his writing.

Lothian Landscape (1974, Mark Littlewood, Mike Alexander, Pelicula Films, Narrator Gordon Jackson). Journey back through East Lothian's turbulent history to the times of Agricola the Roman, King Loth, and Bonnie Prince Charlie. Visit its magnificent castles, built to repel English invaders: Hailes, where Mary Queen of Scots once stayed; Tantallon, besieged by Cromwell; and Dirleton. View the peaceful countryside, admire the proportions of the farm steading buildings, and the elegance of the architecture of its towns.

Dunbar The A1 Resort (1970, James Hickie, Campbell Harper Films, 1970, Narrator Michal Elder). A promotional film for the popular holiday resort of Dunbar. It shows holiday-makers arriving by train, visitors exploring the harbour and castle, enjoying the amusements and sports available and visiting nearby Tantallon Castle. Also featured are the crowning of the Gala Queen and the Miss Dunbar Bathing Beauty Contest at the open-air swimming pool.