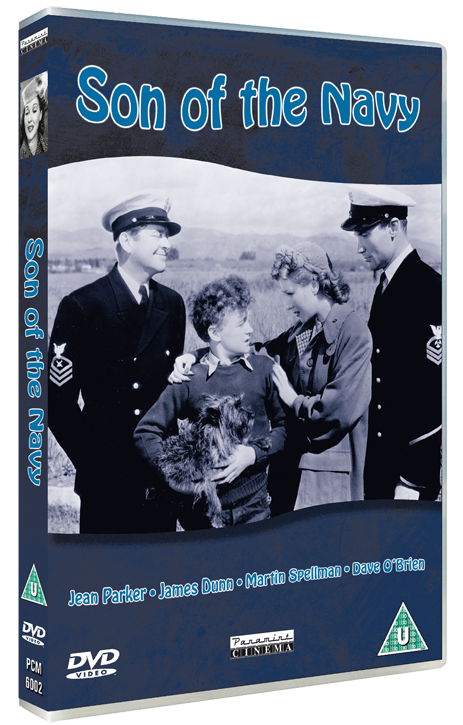 Son of the Navy DVD 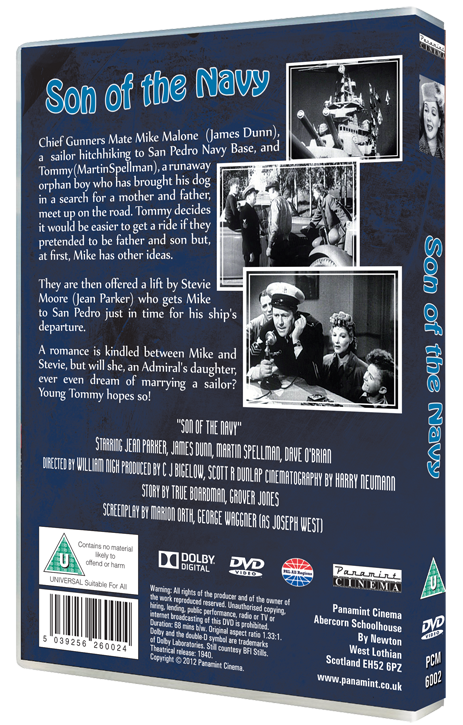 DVD Region 0 PAL. Son of the Navy (1940). Chief Gunners Mate Mike Malone (James Dunn), a sailor hitchhiking to San Pedro Navy Base, and Tommy (Martin Spellman), a runaway orphan boy who has brought his dog in a search for a mother and father, meet up on the road. Tommy decides it would be easier to get a ride if they pretended to be father and son but, at first, Mike has other ideas. They are then offered a lift by Stevie Moore (Jean Parker) who gets Mike to San Pedro just in time for his ship's departure. A romance is kindled between Mike and Stevie, but will she, an Admiral's daughter, ever even dream of marrying a sailor? Young Tommy hopes so!