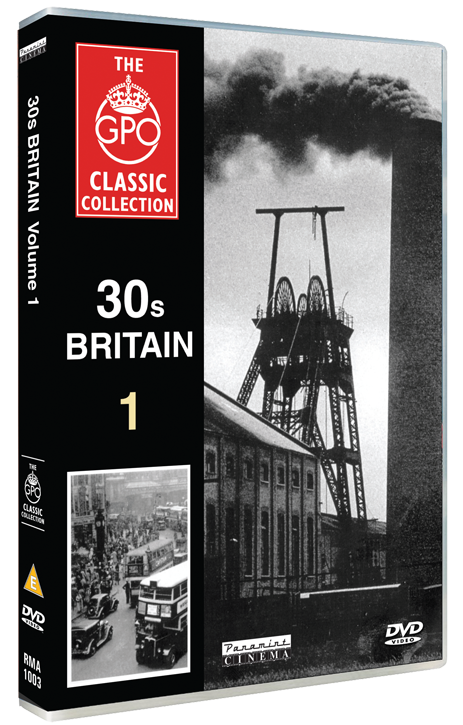 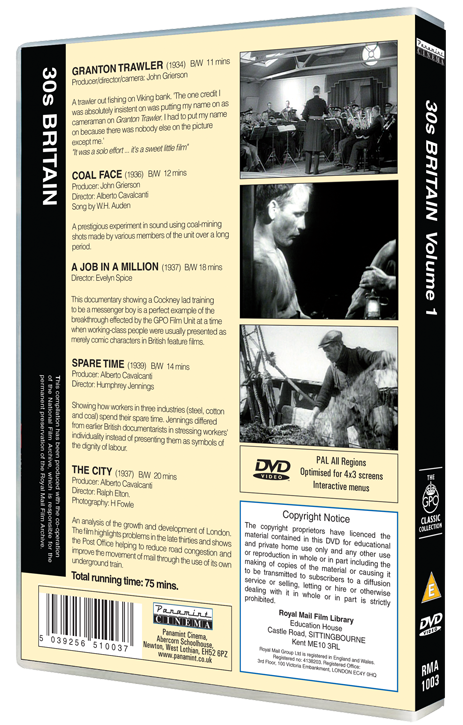 DVD Region 0 PAL. A collection of five films from the early days of the GPO FIlm Unit.

Granton Trawler (1934) directed by John Grierson. About a trawler fishing on the Viking Bank.

Coal Face (1935) directed by Alberto Cavalcanti. An experiment in sound in a coal mine.

A Job in a Million (1940) directed by Evelyn Spice. A young cockney lad trains as a messenger boy with the Post Office.

Spare Time (1939) directed by Humphrey Jennings. Workers in the steel, cotton and coal industries at leisure.

The City (1939) directed by Ralph Elton. The growth and development of London. How the Post Office helped ease congestion with its own underground railway.