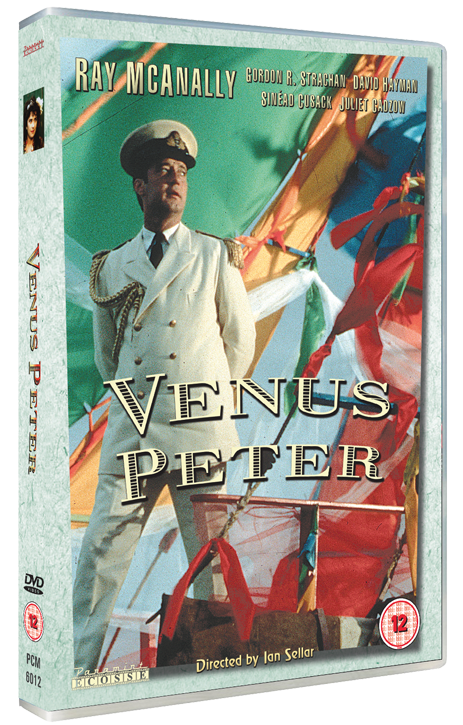 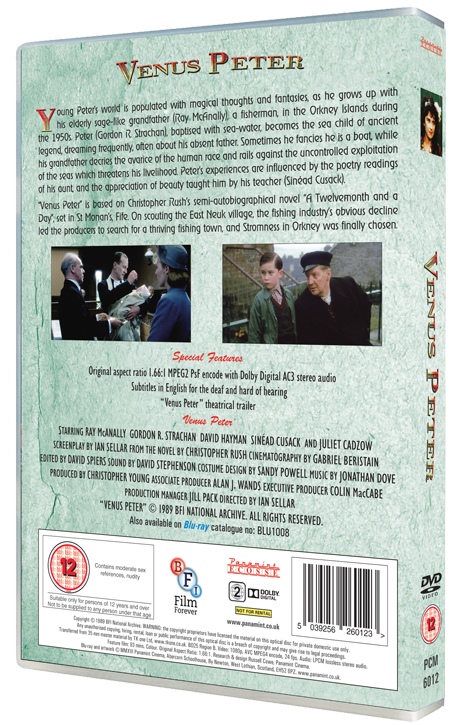 DVD Region 2 PAL. Blu-ray Edition also available. Venus Peter was chosen for the "Un Certain Regard" showings at the Cannes Film Festival in 1989.

Young Peter’s world is populated with magical thoughts and fantasies, as he grows up with his wise, old grandfather (Ray McAnally), a fisherman, in the Orkney Islands during the 1950s. Based on the novel A Twelvemonth and a Day by Christopher Rush. Features a new 2K HD transfer commissioned by Panamint Cinema from 35 mm master material.