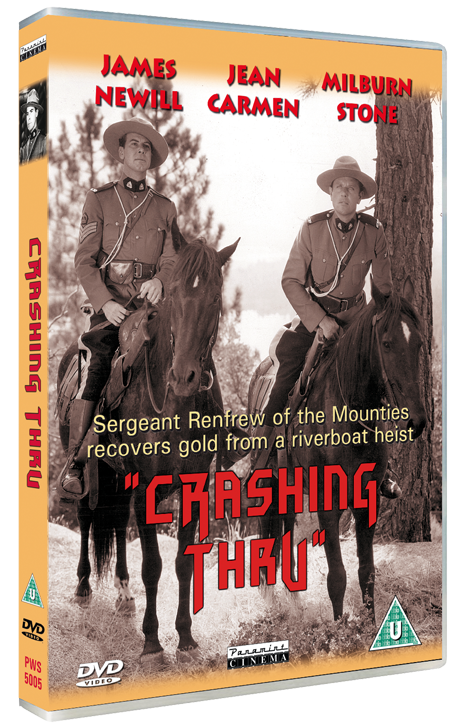 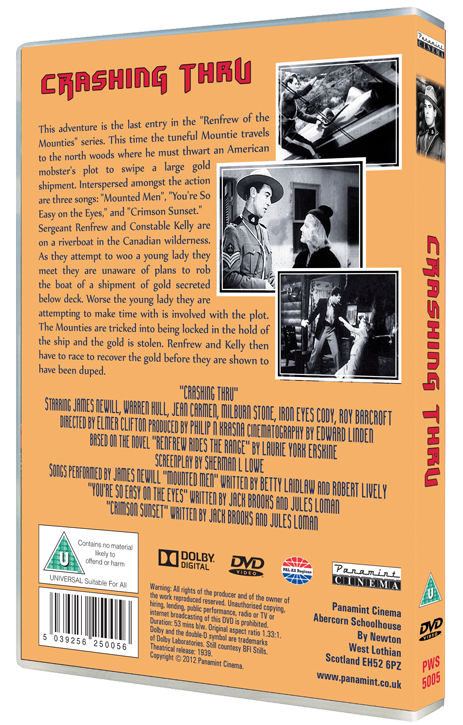 DVD Region 0. PAL. Crashing Thru (1939). This adventure is the last entry in the Renfrew of the Mounties series. This time the tuneful Mountie travels to the north woods where he must thwart an American mobster's plot to swipe a large gold shipment. Interspersed amongst the action are three songs: "Mounted Men, "You're So Easy on the Eyes," and "Crimson Sunset". Renfrew of the Mounties and Constable Kelly are on a riverboat in the Canadian wilderness. As they attempt to woo a young lady they meet they are unaware of plans to rob the boat of a shipment of gold secreted below deck. Worse the young lady they are attempting to make time with is involved with the plot. The Mounties are tricked into being locked in the hold of the ship and the gold is stolen. Renfrew and Kelly then have to race to recover the gold before they are shown to have been duped.