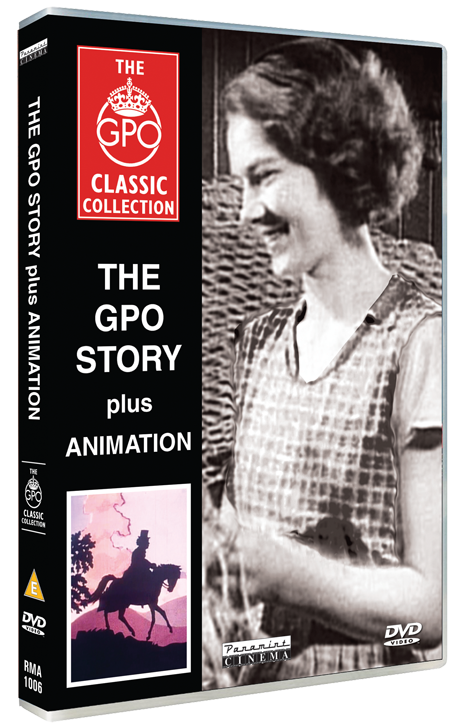 The GPO Story plus Animation DVD 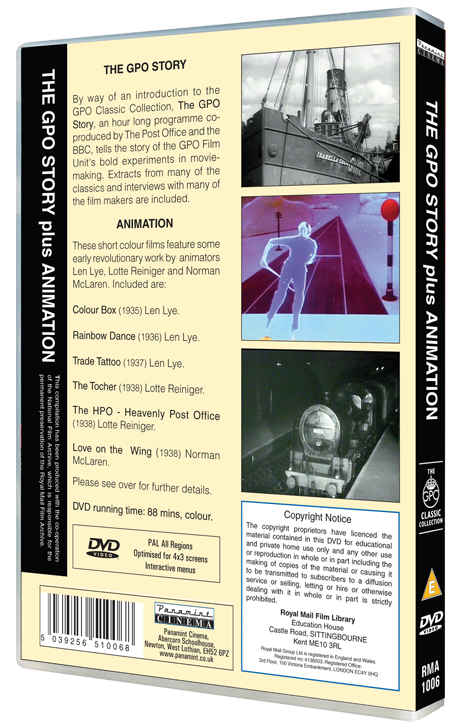 DVD Region 0 PAL. The GPO Story, co-produced by The Post Office and the BBC, tells the story of the GPO Film Unit's bold experiments in movie-making.

Extracts from many of the classics are included, as are interviews with many of the GPO film-makers, including Harry Watt, Basil Wright, Stuart Legg, Edgar Anstey, Chick Fowle, Pat Jackson, R.Q. McNaughton, Ralph Bond and Ken Cameron.